What I shall try to do in this edition is to give you some of the recent beers we’ve had (too many for one blog), and also some of the beers from recent times (over the last year).

IF YOU WANT MORE INFORMATION ABOUT A BEER, PUB OR BREWERY JUST CLICK ON THEIR NAME TO BE REDIRECTED TO THEIR SITE. 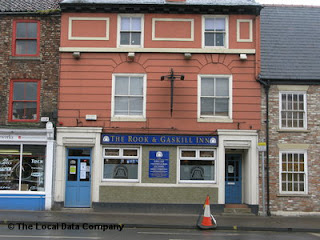 The pub in question was the Rook and Gaskill, York. I’ve been wanting to go here for the last 5 years ever since I found out about this place. As a CAMRA Good Beer Guide 2012 listed pub I expected a lot. I was not disappointed.

The pub itself lies just outside the city walls and from the outside looks ok. Inside is a different matter. The chairs and walls are worn, the bar looks run down and the toilets (through a make shift conservatory) are do-able. The barman himself, when ask for a recommendation was less than helpful. He had the demeanour of someone who was at work to get drunk and not serve (noticing his cigarette breaks with a pint in his hand). Imagine Boris Johnson on a good day then getting him absolutely drunk. That’s how helpful he was. He eventually suggested 2 lighter ales but these where at a push.

Not a good start you’d say but this is where the good bit kicks in.

Within this pub lies a lovely selection of 12 real ales and 2 ciders with a selection of bottled products. Of the 8 ales on pump I had only had 1. A good start. Kerry hadn’t had any of them so another good start.

Out of the ones on offer we selected the 4 above (in halves) and took a seat, gingerly to avoid catching anything.

Milk StreetBrewery Ltd !Beer – 5.0%
Kerry – The exclamation mark is for a reason. A truly disgusting beer.
Gareth – Wishy washy hops used to disguise a truly uniquie beer. Bitterness crossed with an urge to vomit can only truly describe this ale.

Adnams Old Ale – 4.1
Kerry – A pleasant ale. Hints of toffee also my taste is disguised by mayonnaise.
Gareth – The most defining feature of this ale is the glorious taste. Toffee and delicate whisky notes shine through giving way to a well rounded finish.

Daleside St.Georges Ale – 4.1
Kerry – It’s quite fresh and a little bit bitter. Drinkable but not a favourite.
Gareth – Light and springy on the tongue. The sweet edge to this drink works sublimely well with the chewy toffee.

During this little excursion we took another trip to a favourite place of mine, Pivni.Part of the company that has brought us the glorious, and already infamous York Tap, Pivni lies down a small street half way along Parliament Street, York. 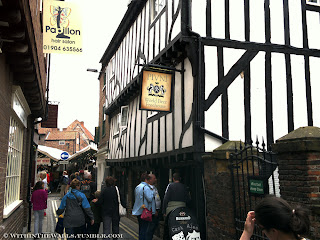 Over the years I’ve been a huge advocate of Pivni especially down to its quirkiness and its excellent selection of ales (both cask, tap and bottled). If you look on the back of the bar you’ll find a stuffed squirrel housing a bottle of something. Unusual but immense in the same subtle mouthful of quirkiness.

The bar itself doesn’t offer a food menu but supplies ‘snacks’ in various guises. On offer are pork pies, crisps, nuts, occasional cakes and a newish cheese board (don’t get me started on that).

Ok, I started. I sampled the cheese board and was HUGELY disappointed. We are both massive lovers of cheese and this left me thinking I’d not eaten. We were, for the sum of £5, delivered a slate with a few (3) wheat crackers, 2 small slices of cheese and a few berries.
Now not to drop names, well I will, but the CheeseDeli down Gillygate does a cheese board with 6 crackers, 5 wedges of cheese, slices of apple, grapes and chutneys for £8. Now you do the maths.

Forgetting that little gripe, this still remains one of my favourite places in York. Yes the prices have risen slightly but that’s more due to import costs of the ever growing extensive range of ales available.

This evening we chose 2 new beers, one of which I’d heard good things about.

Stone Arrogant Bastard – (£4 per half)
Kerry – A strong bitter taste follows by sweet toffee flavours. A nice beer but couldn’t drink more than a half.
Gareth – A rich and fruity ale with all the bitterness of a good IPA.

Nogne Porter – (£4 per half)
Kerry – STRONG! Nice but strong.
Gareth – As a porter I’d expect smoke and thunder. What I get is a deep set coffeeness followed by the glorious sweet bitterness of a cheeky dry red, A very well crafter beer.

As a newly reformed huge follower of Twitter I’ve started following more breweries and bars, one of which is the newly opened Brew Dog Bar in Newcastle. They are on my list of place to visit, They brought the Nogne Porter to my attention and I tip my hat to you guys, a classic beer.

Well that's it for now, hope to see you all soon...